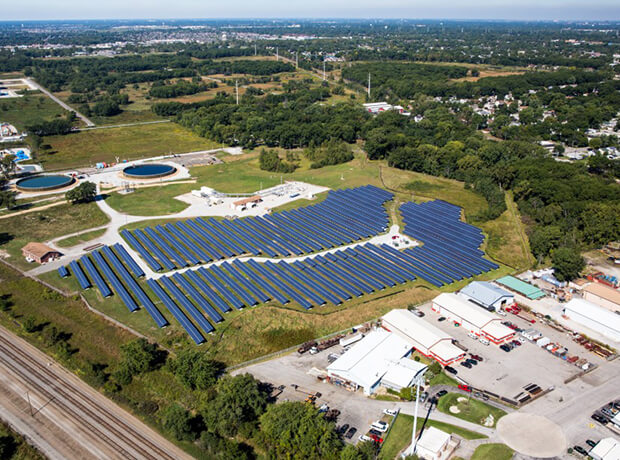 The 2 MW (AC) Lake County Solar East Chicago Project is located on an industrial site in Northern Indiana owned and operated by Buckeye Partners, L.P., a leading national energy pipeline and storage company. The array is interconnected into the Northern Indiana Public Service Company (NIPSCO) grid in East Chicago, Illinois. Lake County Solar is enabled by a feed-in-tariff, or guaranteed long term standard offer contract, offered by NIPSCO. Community Energy and Buckeye have entered into such an agreement, which establishes NIPSCO as the both the power purchaser and SREC off-taker.

Lake County Solar (East Chicago, IN) has been online since August 2013.

The array is interconnected into the Northern Indiana Public Service Company (NIPSCO) grid in the town of Griffith, Indiana.

The project sites are located on industrial land. Land that was previously underutilized has now been redeveloped to support the production of clean renewable energy. It is expected to produce approximately 3,120 Megawatt hours annually, avoiding 2,615 tons of carbon dioxide emissions each year and the equivalent of removing over 7,410 cars from Indiana’s roads over the 15-year term of the power purchase agreement.

Lake County Solar (Griffith, IN) has been online since August 2013. 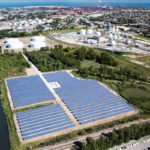 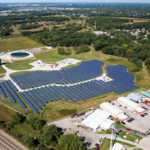 The Clarkson Solar project is hosted on land owned by Clarkson University, which also purchases the power through a long-term PPA.

The Gateway Solar project was developed by Community Energy and acquired by Constellation, an Exelon company, for construction and operation.

Keystone Solar is one of the first and largest customer driven utility-scale solar projects in PA.

The Lafayette Solar Gardens are located in Lafayette, Colorado. These projects were the result of a cooperative effort between Community Energy and the City of Lafayette.

The Marion County Solar project is located on an industrial site in Indianapolis and supplies power to Citizens Energy Group and Indiana Power & Light.

The Comanche Solar project was selected by Xcel Energy through a competitive bid process to supply the majority of its solar generation portfolio in Colorado.

The highlighted West Pemberton Solar and Jacobstown Solar projects are a total size of 28 MW (AC) located in Burlington and Warren County, NJ.

Lake County Solar is located on an industrial site in Northern Indiana and supplies NIPSCO.