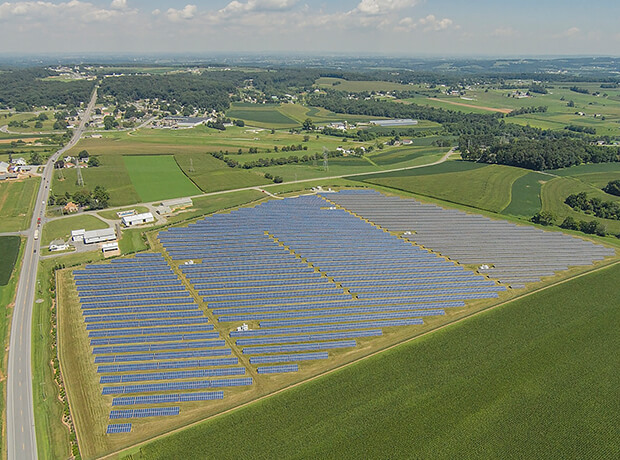 Keystone Solar is the largest customer driven utility-scale solar project in PA. Exelon Generation and Community Energy’s retail marketing division committed to buy the output and back the financing for the project, which supplies the highest-quality green electricity – local solar power – to customers who sign up for a share of the generation. Watch the Construction Timelapse Video. Several high-profile customers signed up for a share of the renewable energy credits, including Drexel University, Franklin & Marshall College, Eastern University, Clean Air Council, the Philadelphia Phillies, Millersville University, Marywood University and Juniata College.

The project was the recipient of the PV America East 2013 Project of Distinction Award. This is a national award that recognizes major achievements in the U.S. solar market. Keystone Solar was one of three projects selected out of more than 130 submitted. Columbia University School of Business produced a business case study on the project, the first case study in the U.S. on a utility-scale solar project.

Keystone Solar has been online since 2012. 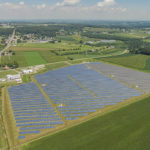 The 2.5 MW Clarkson Solar project is on land owned by Clarkson University.

Developed by Community Energy Solar and acquired by Constellation, an Exelon company for construction and operation.

The Comanche Solar project was selected by Xcel Energy through a competitive bid process to supply the majority of its solar generation portfolio.

The 2 MW (AC) Elizabethtown College Solar project utilizes a fixed-tilt racking system and is expected to produce around 3,300 Megawatt-hours annually.

The Lafayette Solar Gardens consist of two 500 kilowatt solar arrays located in Lafayette, Colorado. These projects were the result of a cooperative effort between Community Energy and the City of Lafayette.

The West Pemberton Sola and Jacobstown Solar projects are a total size of 31.5 MW DC located in Burlington and Warren County, NJ.

The Sterling Solar and Berkley East Solar projects are a total size of 6 MW DC located in Sterling and Berkley, MA.

Lake County Solar in both East Chicago, IN and Griffith, IN is a project that avoids 2,615 tons of carbon dioxide emissions each year.