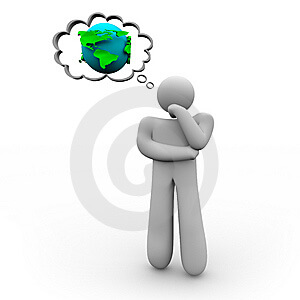 A  groundbreaking report offers an insightful take on how people interpret the science around climate change. As part of the Cultural Cognition Project at Yale Law School, Dan Kahan released a report  called “Cultural Cognition of Scientific Consensus.” In short, the report finds that people tend to perceive risk in ways that are pleasant to their values.

So there we have it. A prime reason why climate change is so polarizing. The science itself may lean heavily one way; however, most individuals don’t interpret science by directly reading scientific articles or conducting primary research. We get our data from our friends. We read opinion pieces. We read other people’s interpretations of the science because the science itself is complex and lengthy. And so it is that our understanding of climate change is filtered through many lenses. That’s not going to change and that’s OK. It is impossible to expect everyone to be a scientific researcher.

Community Energy is starkly aware of environmental risks AND we see the value in commercial activity. So we need to find a way to thread the needle to get both individualists and communitarians on board to un-change climate change.