Now is a great time to consider installing solar panels in Fall River, Massachusetts, thanks to state & federal government incentives, plus the dramatically falling price of solar power technology and the wide availability of solar panel leasing programs. The convergence of these factors means that a household in Fall River can have a solar panel system installed on their roof at no up-front cost, while simultaneously saving money on their power bills in the short and longer term. This article takes a look at why a Fall River resident might consider going solar, and what options they have with regard to going solar–in particular, whether to opt for a solar leasing program or to purchase their system outright. 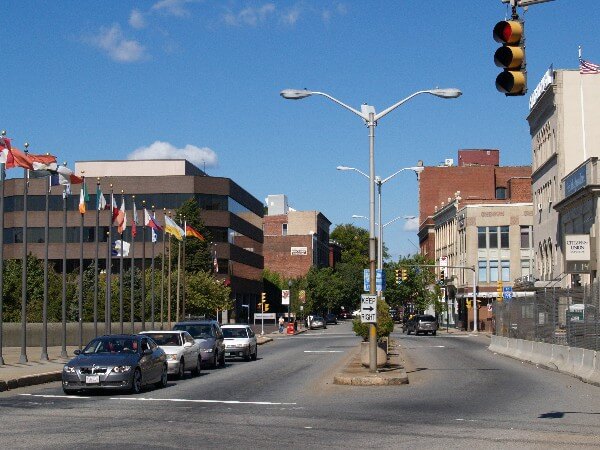 Why are solar panels a good idea in Fall River?

The same 2 motivations that drive most people to go are these: They want to save money on their power bills, and they want to do their part for the environment by sourcing more of their electricity from a clean, local, fuel-free power source.

Most Fall River homeowners thinking about going solar are probably hoping to save money. Right now, generous federal rebates and Massachusetts state incentives mean that solar panels can supply homes with electricity at rates lower than from electric utilities, so people who have panels will see overall lower power bills. The electricity from the solar panels goes first to the home or business they’re attached to, and whatever electricity demand that isn’t met by the panels is met by electricity from the power grid.

If you live in Fall River and are not subscribed to a green power program, the composition of the electricity delivered to your home looks something like the breakdown in chart to the left (via EPA.gov). Most of Fall River’s electricity comes from gas-fired power plants, followed by nuclear power, then a bit of coal power. Only about 13% comes from renewable energy.

If you’re environmentally-minded, you would probably prefer to not rely on any of the non-renewable energy sources listed above. In addition to saving you money, having solar panels installed on your roof allows you to be slightly more energy independent than you would be otherwise.

(Read more about switching to a clean energy supplier in Massachusetts.)

To lease or to purchase solar panels in Fall River

Benefits of a solar panel lease

Solar leasing programs have changed the solar market in the United States in a way that government incentives never could. Under these arrangements, a homeowners and businesses can have solar panels installed at no cost to them. Under these arrangements, the home or business owner does not own the system, but instead purchases the power that the system produces at rates that are lower than retail grid electricity rates. The system itself is owned & maintained by the financier of the system, which means you as the lessee never have to worry about it breaking down–it is the financier’s responsibility to keep it in good working order.

Benefits of purchasing a solar system

Thanks to generous federal and state tax credits & other incentives for renewable energy, purchasing a solar system in Fall River has never been more affordable. For anyone who has the money to invest up-front, purchasing a system is a great investment option, with payback periods as low as 5-7 years (of a 25+ year lifespan). After the system has paid itself off, all of the electricity it generates is effectively ‘free’, as no fuel besides sunlight is necessary.