Power Turninng on at the Keystone Solar Project in Lancaster County 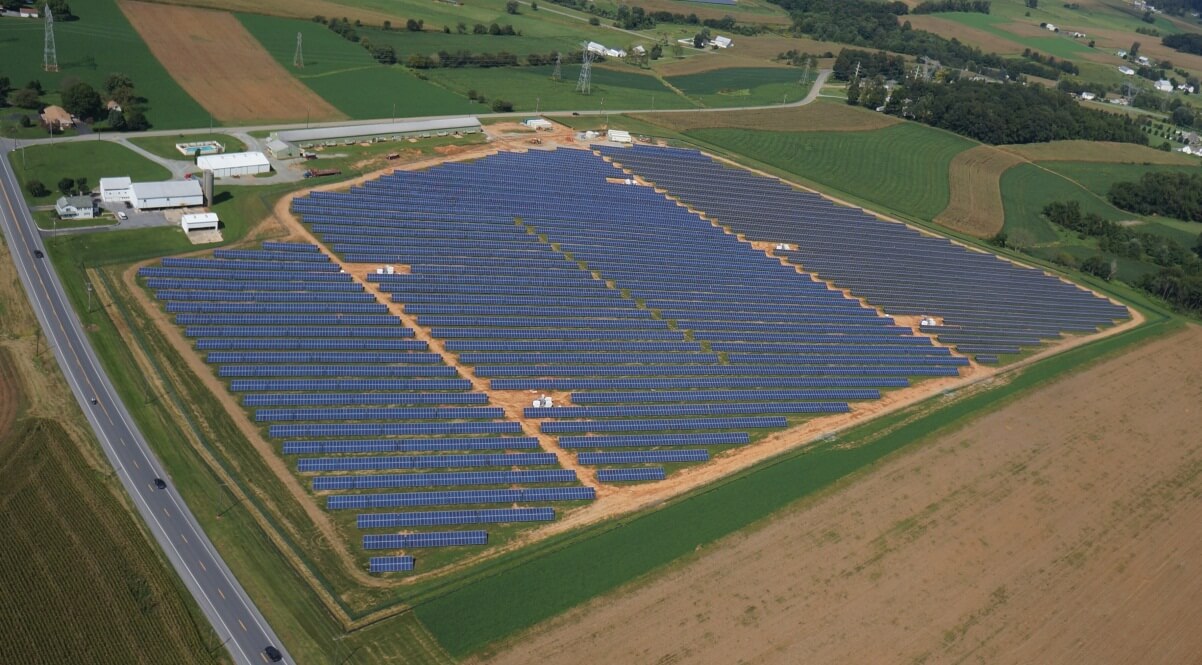 Exelon Generation (NYSE: EXE) and Community Energy’s retail marketing division committed to buy the output and back the financing for the project, which will supply the highest-quality green electricity – local solar power – to customers who sign up for a share of the generation.  Several early high-profile customers have already signed up for a share of the output, including Franklin & Marshall College, Eastern University, Clean Air Council, the Philadelphia Phillies, Millersville University, and most recently, Marywood University and Juniata College.

“This is the greenest of the green—local jobs building fuel-free power that will last for decades,” said Brent Beerley, Executive Vice President of Community Energy.  “Forward-thinking retail electric customers, backed by Exelon Generation on wholesale, and leadership from East Drumore township, the State of Pennsylvania, and the PA Sustainable Energy Fund were all part of making this happen, and we’re under construction with an experienced team led by contractor groSolar using  Canadian Solar modules.  We couldn’t be happier with the team,” he said.

The Keystone Project site is located along Lancaster Pike south of the city of Lancaster, Pennsylvania.   Community Energy worked closely with the fabled Lancaster County farming community and township officials in designing the project to support both farmland preservation and agricultural soil restoration.  “Community Energy was good to work with,” said Township Supervisor Chair, Scott Kreider. “They designed the project so that the land can be used for agriculture again when the project is complete.”

The solar panels were installed on driven posts (see accompanying photo of the site) without concrete to avoid soil disturbance, such that the site will be maintained with selected cover vegetation to preserve and improve organic soil content.

“We are pleased to partner with groSolar and Community Energy on the completion of a project of this magnitude and impact,” said Alan King, general manager of Canadian Solar USA. “It’s an honor to work together with a pair of experienced and well-respected companies to bring local jobs and clean, renewable solar energy to Pennsylvania.”

About 20,000 Canadian Solar 290 watt modules were installed on fixed tilt, ground-mounted aluminum racking provided by Schletter, and were interconnected to the PPL Electric grid at 12 kilovolts with AE inverters and platforms.  The Project will supply about 7.5 million kilowatt hours per year of solar generated electricity under a fifteen-year power purchase agreement with Exelon.  The annual environmental benefit equals that of about 3,000 zero-emission passenger vehicles or 285,000 newly planted trees growing for ten years.  The solar project received financing and funding from the Ben Franklin Technology Partnership, the Sustainable Energy Fund and the State of Pennsylvania. groSolar, a commercial solar contractor, served as general contractor to complete construction.  About 50 construction, electrical, and other jobs were created at the site.

Community Energy (“CE”) has led renewable energy development in the Eastern U.S. since its founding in 1999.  CE led wind development in the Northeast at the start of the decade, and in 2009 expanded into solar project development in states with expanding solar targets, now including New Jersey, Massachusetts, Indiana, Maryland, North Carolina and Puerto Rico, with targeted projects in Colorado and Arizona.   CE continues to lead the industry by backing utility power purchase agreements with retail renewable energy sales and hedge products.  Projects built by CE include the 7.8 megawatt Vineland Solar Project in the City of Vineland, NJ, the 24 megawatt Bear Creek Wind Farm in the Poconos, PA, and the 7.5 megawatt Jersey Atlantic Wind Farm in Atlantic City, NJ.  For more information and video of the Keystone construction, visitwww.communityenergysolar.com